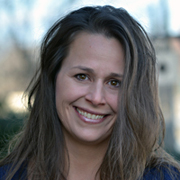 Gary Wright may have discovered something that works better than duct tape.

Wright is director of plant engineering at RheTech Inc. of Whitmore Lake, Michigan, an industry that designs, manufactures and produces propriety thermoplastic polyolefin alloys and compounds that are sold to the transportation and consumer durable goods markets.

In 1998, RheTech opened a new plant in Fowlerville, Michigan. The expansion was driven by the marketplace, and this increase in business also dictated that downtime at either plant had to be avoided at all costs.

That’s also the time when a little problem that had been a constant thorn in Wright’s side became a really big problem.

Polyolefin resins — such as polyethylene and polypropylene — are received in pelletized form via bulk truck and rail car. A twin vacuum-pressure system capable of emptying two cars at the same time blows the raw materials over to a switching station, from which they are unloaded into storage silos. Next, the materials are conveyed to computerized feeders, mixed with additives, fed into hoppers where minerals are added, and then on through the extruders and finally re-pelletized. The finished product is either boxed or stored in silos.

Additives and minerals that turn these resins into finished product can make the plastic pellets highly abrasive.

“Fiberglass is the worst,” Wright says — “so bad, that sweep elbows in the conveyance system were wearing through every three to four months.”

At first Wright tried patching the holes with everything from ceramic tiles to duct tape. But these were only stop-gap measures; eventually the entire system had to be shut down so new sweeps could be installed.

In June 1997, he’d had enough, and Wright found an opportunity to replace the sweeps with HammerTek Smart Elbow® deflection elbows. In all, 120 tube-sized 90° Smart Elbow models were installed — 70 of non-ductile and 50 of hard ductile iron.

The result? Six years later the Smart Elbow deflection elbows are going strong. In fact, after one year in service, RheTech pulled a Smart Elbow unit from one of its lines that had seen the most severe wear-through problems to check for signs of wear.

“We could still see the casting marks,” Wright says. “By now, we would have been through four to five sweep elbows and 12 rolls of duct tape. We’re impressed.”